What is Net Neutrality and why should you vote for it?

Net Neutrality. In the past few days this term has become one of the most circulated and talked about term particularly in India. So what is this net neutrality?? And why do you need to know about it?

When we browse through the internet, all the sites are equally and freely accessible. We only pay to browse the internet and our choice of websites does not invite any extra cost from any telecom operator or the Internet Service Provider(ISP).

The bad news is, things might not remain this way for long. Telecom Regulatory Authority of India (TRAI) is considering to change the free and open nature of internet from 3rd week of April, 2015 .

With the advent and popularity of OTT (Over The Top) services like Skype, WhatsApp Call, Facebook Messenger Call etc., the hefty profits the telecom industries made out of voice calling began declining and are expected to decline even further.

Thus, the telecoms who have invested huge amounts of money in buying spectrums and setting up infrastructure for providing internet, have become wary as these OTT’s will lead cause a major setback to their revenues.

Hence these telecoms want to change the way internet has always been open and they want to begin charging users based on the content they search. For example, if a certain Telecom has a link with an XYZ e-commerce website, then the users on that ISP will experience faster browsing of the XYZ site. All other e-commerce websites may be extremely slow or may even be chargeable depending entirely on the will of the Telecom. They will be free to levy any charges they want on any particular sites without being answerable to anyone.

This has a hugely negative impact on both the users and also on the people who cannot pay enormous amounts to the Telecoms.

With the loss of net neutrality, users will have to purchase separate packs from the ISP’s. This will not only burn a hole in the pocket of consumers but also fail the whole concept and purpose of internet.

Besides, the start-ups and small companies who use internet as their major platform for reaching to people at large, will be at a huge loss. Such small companies would be in no position to tie-up with these telecom giants at huge costs as would be paid by their super-successful and wealthy contemporaries and will eventually have a faded future.

Thus, it is of utmost importance to realise the brevity of the situation and act accordingly.

At Target Integration, we stand by Net Neutrality and support the Open Internet. You can also show your support for to maintain the free internet in India by responding to TRAI at SaveTheInternet ! 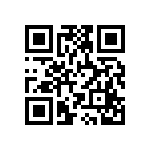