From the 14th of July this year, Microsoft is officially ending any support and services for the Windows Server 2003. This has caused all the enterprises using and relying on this server for handling of their important and confidential company data need to take measures to keep their systems current and more importantly secure.

Various surveys have shown that there are few million companies who are still using this server. Post the deadline, if these companies still continue to use the Windows Sever 2003, it would mean severe risk to their data.

What does end of support imply?

After Microsoft ends the support for Windows Server 2003, there would be no security updates, no patches, no safe haven and no online support for the product. In 2013 alone there were 37 critical updates applies in WS2003. Plus without the security updates, the threat posed to the data is huge as it will allow possibilities for online crooks as the data will be exposed to any new security threats.

Also, any third party products (like business applications) will no longer be supported, opening a channel of indeterminate vulnerabilities for such applications.

What further actions do experts recommend?

The technology experts have strongly recommended all the enterprises and organizations banking on WS2003 to frame out a strategy to migrate.

What are the available Alternatives? 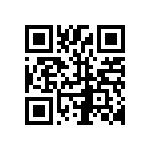